On January 2, 2016, our beloved foundress and first prioress Mother Mary Clare Vincent went home to the Lord. She was 90 years old, and in her 66th year of religious dedication and 33rd year of monastic profession.

Born on July 18, 1925 in Cambridge, Mass. to Cornelius and Mattie Elizabeth (Ross) Vincent, she was named Muriel Mary at birth. She was the youngest of a family of four children. Her mother had been a teacher and instilled a firm belief in education in her children.

In her book, Keeping the Faith at Harvard, Mother Mary Clare wrote of her family:

I was blessed with parents who inspired respect and love. They had met and married relatively late in life, my mother being in her mid thirties and my father fifteen years older. It was the first marriage for both.

My parents encouraged reading. My lifelong love of books I attribute to them. Though we were poor my dad was always bringing home books and periodicals for us. Books were in every room. Even our hallways were lined with bookcases. Dad must have gone to libraries or second-hand stores—I’m guessing here—to pick up discarded or used books and back issues of the National Geographic Magazine. He considered them an investment. He never begrudged the money spent on them, nor did Mother. Saturday nights were especially full of excitement and fun for me as a child, for he was sure to bring home a surprise by way of a book, a magazine or a treat of some kind.

Muriel attended Girls’ Latin School in Boston and in 1942 began studies at Radcliffe College, Cambridge at age 17, finishing an accelerated BA in literature in three years. She studied with eminent teachers at Harvard and Radcliffe, and also later said that “during this time I spent hours in the music rooms playing Bach’s keyboard works or listening to as many of the recordings of his immortal compositions as I could fit into a day.” But she was unsatisfied, “drifting in a dead sea of indirection and indecisiveness,” as she later wrote. Raised an Episcopalian, “my religious faith had been pulverized at Harvard; I was paralysed by disillusionment.... At nineteen life had become tepid and near to intolerable.” And so, the year of her graduation she was received into the Catholic Church at St. Paul’s Church in Cambridge. She then worked towards a Master’s degree at the Graduate School of Education, Harvard University, but abandonded her studies.

In 1949, after teaching at East Boston High School, and following a brief stay with the Carmelites, she joined the newly-formed community of St. Benedict Center in Cambridge, which had been instrumental in her conversion, taking the name Sr. Mary Clare. 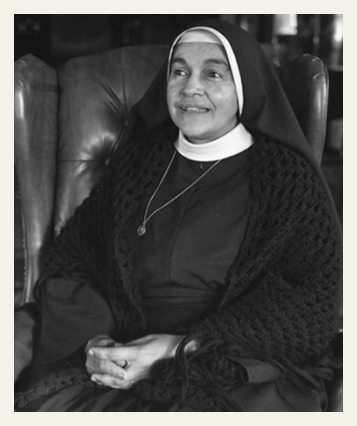 After making private vows as a religious sister and serving as superior of a group of sisters, she was invested as a Benedictine novice with them on August 15, 1980 under the sponsorship of Stanbrook Abbey, Worcester, England. She professed her simple vows as a Benedictine on Sept. 8, 1981, and made her solemn vows with the first group of her community on Sept. 8, 1984. The same day she was elected as the first prioress of St. Scholastica Priory, an office she served in until her retirement in 2003. And that same year, in 1984, after returning to academic studies, she earned an M.T.S at Weston Jesuit School of Theology, Cambridge, Mass.

Under Mother Mary Clare’s leadership, the community moved to Petersham, Mass. Along with Fr. Cyril Karam, OSB, founder of St. Mary’s Monastery, she devoted herself to building the twin community life between the nuns of St. Scholastica’s and the monks of St Mary’s. This mutual cooperation could be said to be her great mission. With Fr. Cyril’s assistance she started St. Bede’s Publications. Both by nature and by 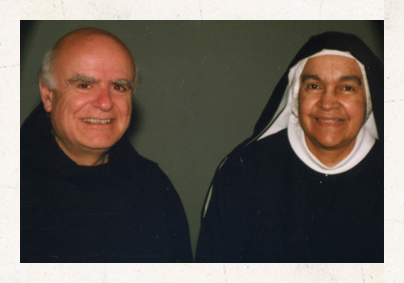 diligent preparation she was extraordinarily gifted teacher: her carefully crafted conferences, retreats and classes on Church history and monastic spirituality were unforgettable, and her writing gifts found expression in her books St. Sharbel, The Life of Prayer and the Way to God (also titled Pray as You Can: A Short Primer) and Keeping the Faith in Harvard, as well as numerous published articles. 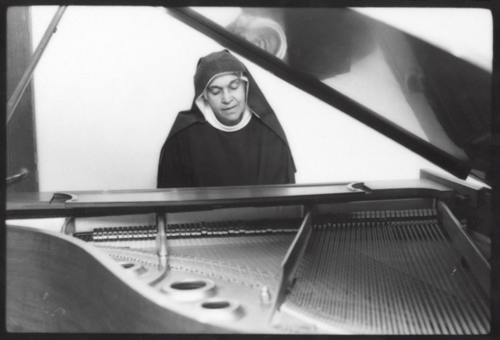 All her life Mother Mary Clare retained her love of study, literature and music, and her devotion to playing the organ, especially the music of J. S. Bach, enriched the community liturgy for over 40 years; she continued to play for services until her last illness. It is above all for her loving, generous and selfless service to her community and all whom she met that Mother Mary Clare will be remembered. She continued as an active and vibrant member of the community, served as Prioress Administrator of Our Lady Queen, Tickfaw, La., and continued to teach by her example. A recipient of Worcester Diocese’s Retired Religious Award, her love of prayer and faithfulness to monastic contemplative life are her greatest legacy.

Mother Mary Clare was preceded in death by her parents and her brother, Cornelius Vincent, Jr. Surviving are her sisters Ruth G. Williams and Elizabeth V. Mayo, nieces Carol W. Roach and Patricia J. Williams, nephews Theodore Mayo and Ralph Mayo, her community of St. Scholastica Priory and the monks of St. Mary’s Monastery, and a host of friends. 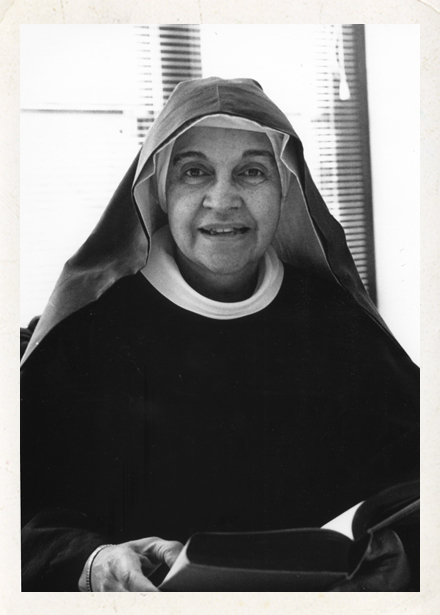