Oblates are lay people, married, single, or diocesan priests, seeking a more concrete way of living the Gospel, according to the spirit of the Rule of St. Benedict. The word derives from the Latin “oblatio,” offering: by becoming an oblate, one offers oneself to God, pledging to live one’s life according to the Rule within one's vocation in the world. Oblates may be married or single, Catholic or non-Catholic. Oblation is made specifically to an individual Benedictine community, rather than to the general Benedictine Order. As an oblate, one becomes a member of the monastic family and enjoys a share of its spiritual works and blessings. (Because of our special twin-community relationship with the monks of St. Mary's Monastery we accept only women as candidates, while St. Mary's accepts only men, who may write their oblate director here. ) 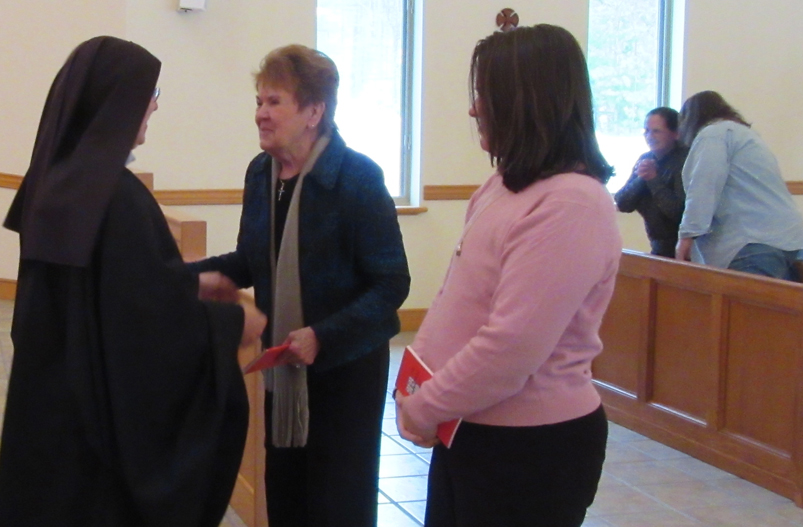 Oblates usually try to pray some part of the Divine Office every day. Through lectio divina (the reading of Sacred Scripture and other spiritual reading), they endeavor to deepen their faith. All of this is lived out within the context of their personal vocation in life: through service of God and neighbor they seek to bring the fruit of their prayer into their families, parishes and workplaces.

Oblate Day retreats are usually held twice a year, along with the men oblates of our brothers of St. Mary's Monastery, and a regular letter is sent to the oblates by the sister appointed as the Oblate Mistress.

In an initial ceremony in which they receive a copy of the Rule and blessed medal of St. Benedict, candidates are enrolled as oblate novices for a year. After the year of probation, they may then make their final oblation. Oblates do not take vows, but they promise to be guided by the Rule of St. Benedict, in so far as their state in life permits. 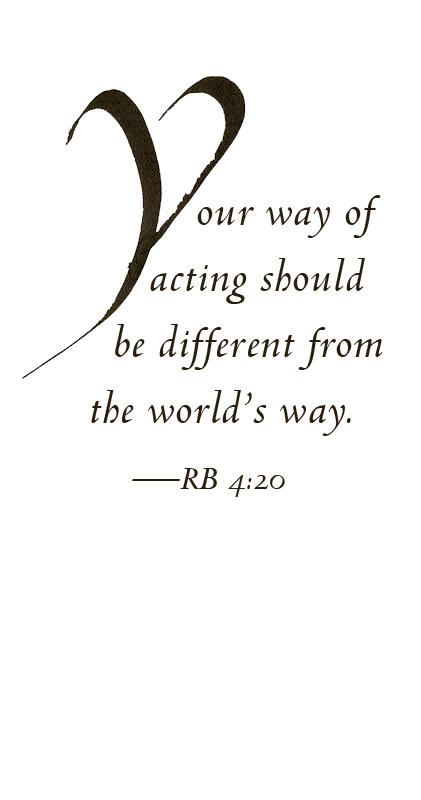